Laravel 5 Collections Static API: Creating a Collection By Invoking a Callback a Given Number of Times With times 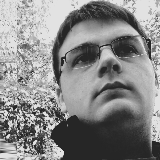 The times static method is similar to PHP's range function, with some extra functionality specific for collections. The times method accepts a $number argument as well as an optional $callback function.

The argument supplied for the $number parameter controls the number of elements that will be created within the collection.

The following example demonstrates how to populate a collection with a range of numbers:

After the above code has executed, the $collection variable would contain a collection containing the numbers from one to ten. The previous code example could be rewritten like so using PHP's range function:

The collection's times method always starts its range at 1; using PHP's range function will become necessary to create collections with ranges of letters or numbers where the starting number should be something other than one. If the provided $number is less than 1, an empty collection instance will be returned.

We could leverage the times method to quickly produce a collection instance containing Carbon date instances for the next four days like so:

We could also rewrite the above example using Laravel's today helper function:

If using code similar to the previous examples, there are rare instances where you may get duplicate dates in the returned collection. This can occur if the code is executed right as the system clock is rolling over to the next day. To prevent this, store the current date outside of the callback function and invoke the addDay method on the shared date reference.

While some facades provide "shortcut" methods, most of Laravel's facades act like proxies by providing a static interface to an actual...

The "Illuminate\Support\Fluent" class is a useful data type. It allows for the construction of a data "container" similar to an array or...

The examples that follow will assume the following test array and object, unless stated otherwise. It is important to remember that the...